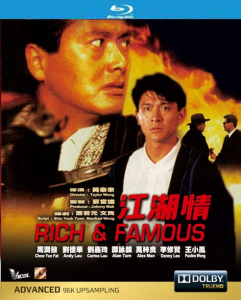 Kok, Yung and Wai Chu were living in poverty, Yung was addicted to gambling while Chu was a prostitute. Yung was caught red-handed in making a mischief. He was harshly punished and forced to make compensation. With the idea inspired by their friend, Ying Hung, they decided to rob Chu Lo Tai, the boss of Ying Hung. Their target was the embargoed gold. The attempt of robbery was unsuccessful and they were pursued and Wai Chu was caught by Chu’s killers. To let Wai Chu’s free, Kok made himself as hostage..