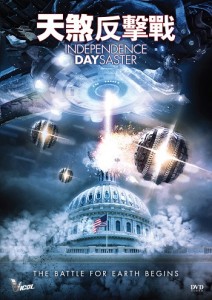 To everyone’s horror, a giant Alien Machine erupts out of the ground. At the same time, swarms of Alien Drones plummet out of the atmosphere. The Earth is under attack!  Amidst the growing disasters and a world thrust into chaos, this small group of patriots must come together to defeat the greatest threat America – and the world – has ever known!