The Haunting of ALICE D. 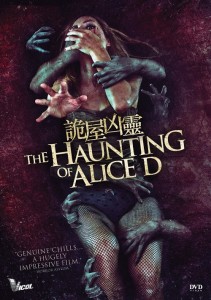 In the Late 1890′s the Davenport House was a famous and successful brothel, until a young prostitute named Alice killed herself there. After her death, the brothel became haunted by Alice’s ghost, and was eventually abandoned, while still owned by the Davenport Family.? Over a century later, the old structure is renovated and given to the heir: Joe Davenport.? It is still rumored to inhabit the ghost of Alice, and despite this, Joe decides to throw a wild party.

For his first night in the house. The movie follows Joe and his guests, as they navigate their way through this wild night at the Davenport Mansion. Many of them soon realize, not all is as it seems to be.