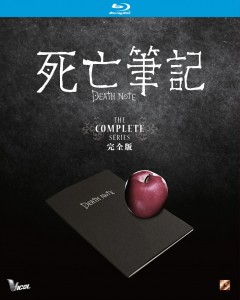 Weary Shinigami the Death dropped a notebook in the human world where a weary genius Light Yagami picked it up. “The human whose name is written in this note shall die” it said? It was the notebook of death that determined people’s death.

Light Yagami, an extremely bright elite university student who decide to create an ideal world and begins to hold the scales to judge the criminals in his discretion with the notebook. Meanwhile, ICPO (international Criminal Police Organization) has placed a mysterious detective called “L” in Japanese police force to investigate a series of the criminal cases. ??The future of mankind is at the mercy of crucial and fierce battles of the two brains.

Death Note owner Light (Fujiwara Tatsuya) joins the police team in order to square off against his rival L (Matsuyama Kenichi), who rightly suspects Light of being Kira. Both Light and L are thrown off, however, when another Kira appears. A second Death Note has fallen to earth, and this time it gets picked up by idol Amane Misa (Toda Erika), who acquires the power to kill with “the eyes”. An ardent Kira fan, Misa eagerly teams up with Light to outwit L in an elaborate plan, but L has more than a few schemes up his sleeve as well. Who will be the last man standing? Who will be the last name in the Death Note?

After solving the Kira case, another serious case confronts L and he has only 23 days left to solve it. A person who obtained the most horrible weapon, “Death God” says the same thing as Kira… “I am going to change the world”. A boy and a girl hold the keys to solving the case and L faces a crisis of global magnitude to protect the kids. He is without his most trusted partner, Watari, and cannot rely on just his superb intellect to solve the case.

What will happen to L? What will change? The 23 days are packed with turns of events even L himself cannot predict. The final countdown to the shocking events are about to begin!