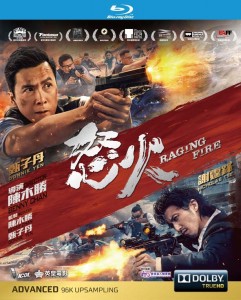 While conducting a raid to arrest a drug lord, the police encounter a team of masked thugs. In a stunning act of sabotage, the thugs steal the drugs and murder the police officers on the scene. Arriving late, Inspector Bong (Donnie Yen) is devastated to see the brutal aftermath of the carnage. After investigating overnight, Bong discovers that the cop killers are led by Ngo (Nicholas Tse), a former fellow cop. Behind Ngo’s scar is a tragic story of a police force rising star who is forced into a life of crime, and the man who pushed Ngo into crime was none other than Bong. As the two men’s fates are entangled again, it’s time to settle the score once and for all…